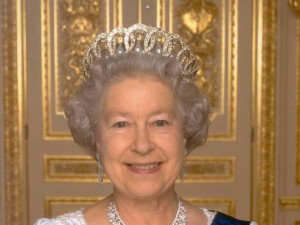 Dvortsovaya embankment - is the architectural centre of Saint Petersburg. You can see it on a sightseeing tour. Here you can see not only the stunning Winter Palace but many other grand palaces which once belonged to Russian aristocracy. One of such palaces is grand duke Vladimir’s italian-slyle palazzo and this is where a story worthy of James Bond took place.

Prince Vladimir was one of the sons of Alexander II and brother of Alexander III. The construction was started in 1862 by Alexander Rezanov, a Russian architect and in 1874, after posh wedding, prince Vladimir moved here with his wife Maria Pavlovna. As a present the bride received a stunning tiara of 15 diamond circles with drop pearls made by the house of Bolin.

Several decades later October revolution of 1917 took place. Grand Duchess Maria Pavlovna left Saint Petersburg with only few jewels. Major part of her jewelry was hidden in Vladimir palace in a secret compartment of her boudoir.

Without any real possibility to return and save her treasures she addressed a British officer who, dressed as an old lady (in another version he was dressed as a worker) creeped into the palace and following instructions given by Maria Pavlovna grabbed the jewels and took them out of Russia to her son Boris. Elena Vladimirovna, daughter of Maria Pavlovna inherited the Vladimir tiara and later sold it to queen Mary of Britain who ordered emerald pendants for it.

The tiara now belongs to queen Elizabeth II who wears it quite often.

Nowadays the palace is known as the «House of Scientists» and belongs to the Russian Academy of Sciences. You can visit it on a special tour.